The School’s creation signaled the beginning of the transformation of the agrarian South to an industrial economy.

During its first 50 years, Tech grew from a narrowly focused trade school to a regionally recognized technological university.

In 1948, the School’s name was changed to the Georgia Institute of Technology to reflect a growing focus on advanced technological and scientific research.

Women students were admitted in 1952, and in 1961 Georgia Tech became the first university in the Deep South to admit African-American students without a court order.

In recent years, Georgia Tech has been a national leader in managing the global transition from an industrial economy to an information economy.

Throughout its long history, Georgia Tech has always focused its efforts on preparing students to use their innovative skills and strong work ethic to solve real-world problems and improve the lives of people around the globe.

From the world-famous “Ramblin’ Wreck” fight song to the fun and festivities of RATS Week, the Tech campus is steeped in time-honored traditions that students embrace from generation to generation.

Blank Space (small)
(text and background only visible when logged in) 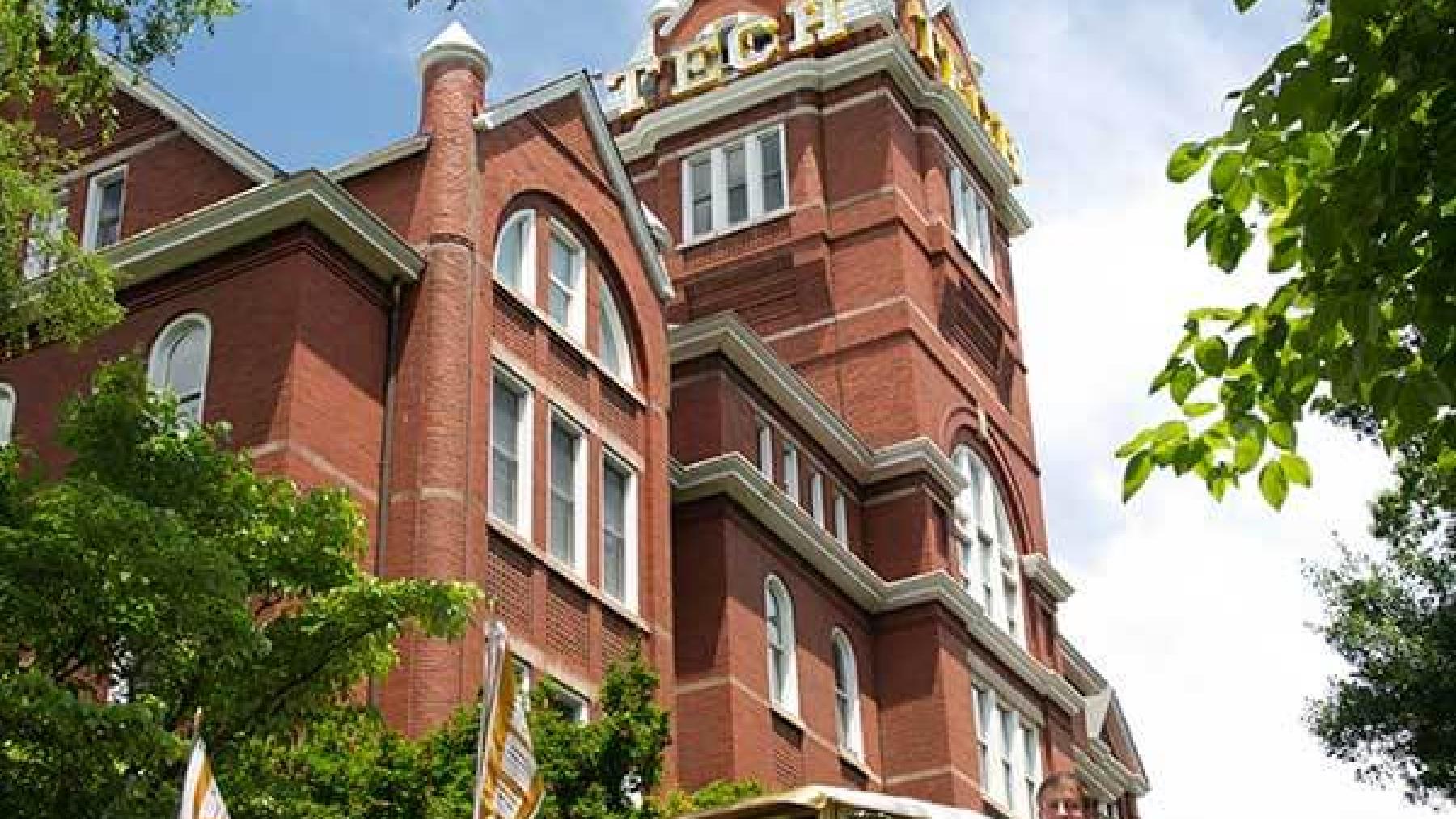 Buzz — who made his first campus appearance in 1980 — is the world-famous and beloved mascot of the Georgia Tech Yellow Jackets. Buzz gets Tech fans cheering at nearly all the Institute’s intercollegiate sporting events.

The words and music for Tech’s world-famous “Ramblin’ Wreck” fight song were inspired by an old folk ballad, “The Sons of the Gamboliers.” The name Ramblin’ Wreck gained widespread acceptance in the 1920s, when Tech graduates began building makeshift mechanical buggies to improve a poor transportation system in South America.

Believed to have come to Tech in 1896, the steam whistle was meant to mimic the industrial whistles of the times. It called the students to their shop classes. Today, it is operated by a computerized atomic clock that releases the steam. The Whistle blows five minutes to the hour to end classes on Mondays, Wednesdays, and Fridays. It has a different schedule on Tuesdays and Thursdays. It also blows after Tech touchdowns during home games.